Musicians from Grand Forks’ Sister City, Sarpsborg, Norway will treat community members to an evening of trumpet of choral pieces as part of the Sarpsborg Millenium Concert Tour.

Headlined by Sarpsborg Trumpeter, Kai Robert Johansen, the concert will also include soloist Anette Lyche Brautaset and the Greaker Men’s Choir. The concert, hosted by the Gyda Varden Lodge of the Sons of Norway and open to the public with a free will offering, will take place at 7:30 p.m. on Monday, October 3 at Calvary Lutheran Church at 1405 S. 9th St., Grand Forks.

“I am always at home when in the Midwest,” said Kai Robert. “The people are incredibly friendly and it is always my pleasure to share the magnificent talent we cultivate in and around the community of Sarpsborg. This will be my twelfth visit to the Midwest and it won’t be my last.”

“We are honored to once again welcome our good friend, Kai Robert,” said Mayor Michael R. Brown of Grand Forks. “He always accompanies his delightful music with a generous and buoyant personality that fills the room. Every performance is a hit.”

Anette Lyche Brautaset is making her American debut. “Not only is this my US debut,” Anette says, “but this is my first trip to the United States. I am very excited.” Brautaset is well known in Sarpsborg for her beautiful presentation of hymns and her lovely interpretations of the works of Alf Proysen and Erik Bye, venerable Norwegian music legends.

The Greaker Men’s Choir, founded in 1933, also will perform. Director Hilde Everloff Andersen said, “The boys have been practicing energetically for their Midwest tour.” The group is very excited to share Norwegian music with the Midwest and learn more about the Norwegian-American Experience.

More information on Grand Forks’ Sister City relationship with Sarpsborg can be found at www.grandforksgov.com. The tour is dubbed the Millenium Concert Tour in celebration of the city’s 1000th Anniversary. Other concert events will take place in Minneapolis and Dalton on October 2 and in Fargo on October 4 and Thief River Falls on October 5. 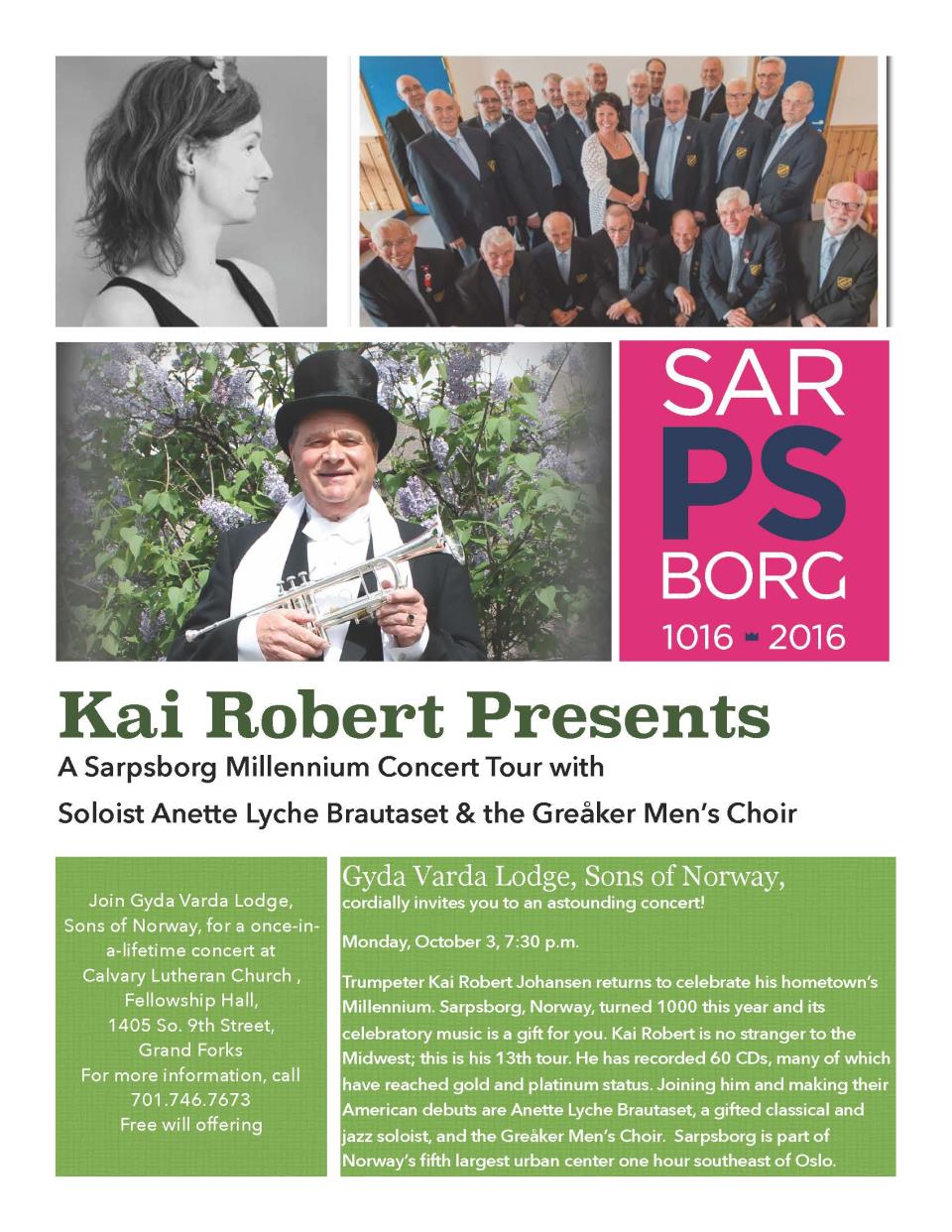